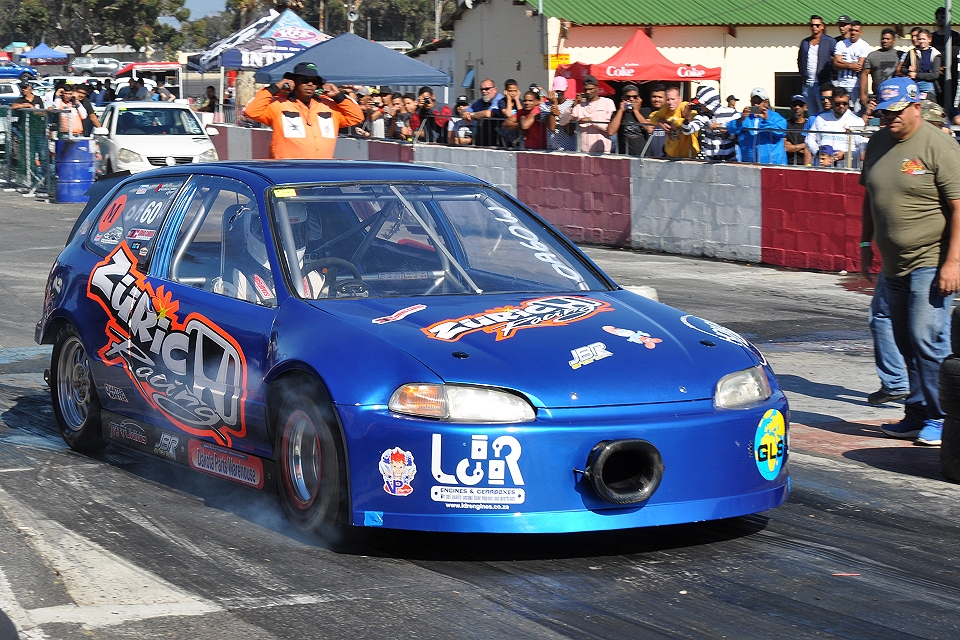 Shaun Zurich and his immaculately prepared Honda Civic did not disappoint at Round 3 of the Western Province Motor Club Drag Racing series at Killarney International Raceway on Freedom Day, Saturday 27 April, with a best pass of 9.409sec at 231.86km/h.

His was in fact the only four-wheeler to break 10 seconds on the day, although a trio of Nissan GT-R supercars and two all-wheel drive Golf 7 R’s came tantalisingly close. 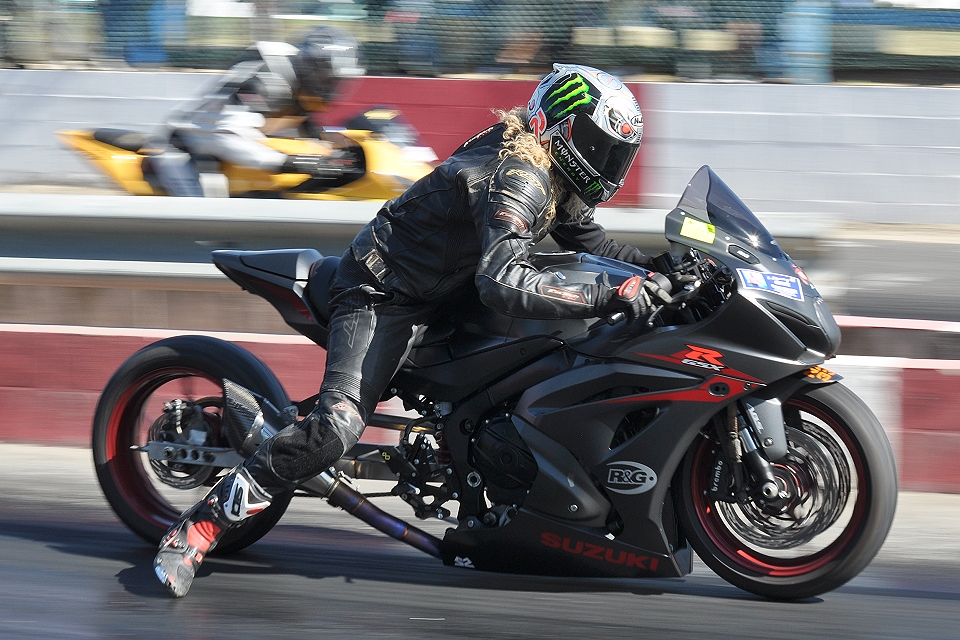 The star of the show however, was reigning South African Superbike Shootout champion Reece Roberts, out for only the third time on his matt-black Suzuki GSX-R1000 L7, who posted a new personal best of 8.637sec at 258.56km/h.

Zurich’s time in the open Class OA for naturally-aspirated cars (the Civic has neither a turbo nor nitrous!) was well clear of Saud Bassa (Toyota Conquest), Riaan Scholtz (Nissan Exa) and visitor from Port Elizabeth Ashraf Rangasamy (Volkswagen Golf), the only drivers in this class other than Zurich to break into the 11’s.

Class 4A for naturally aspirated four-cylinder cars was won by Justin Harper in a Honda-powered Toyota MR2, with an impressive 13.0004sec pass at 170.82km/h, ahead of Lyle Africa (Honda Civic) and Isgak Allie (Ford Escort Mk1), both breaking 14 seconds on the day.