RED HOT RACING AT KILLARNEY DRAGS – BUT AT WHAT A COST! 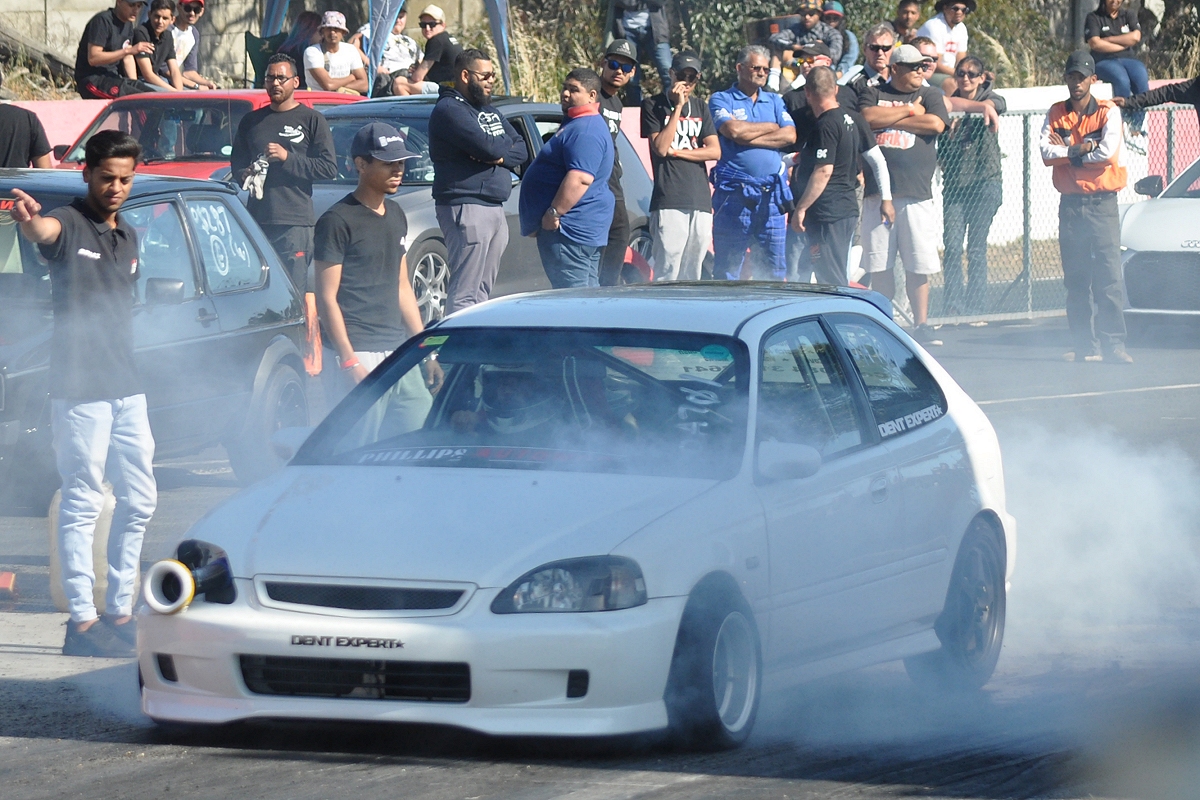 The eighth round of the 2019 Drag Racing season at Killarney International Raceway on Saturday 5 October produced some superb times in perfect conditions, but was also the most destructive so far this year, as a number of top competitors suffered huge mechanical failures. 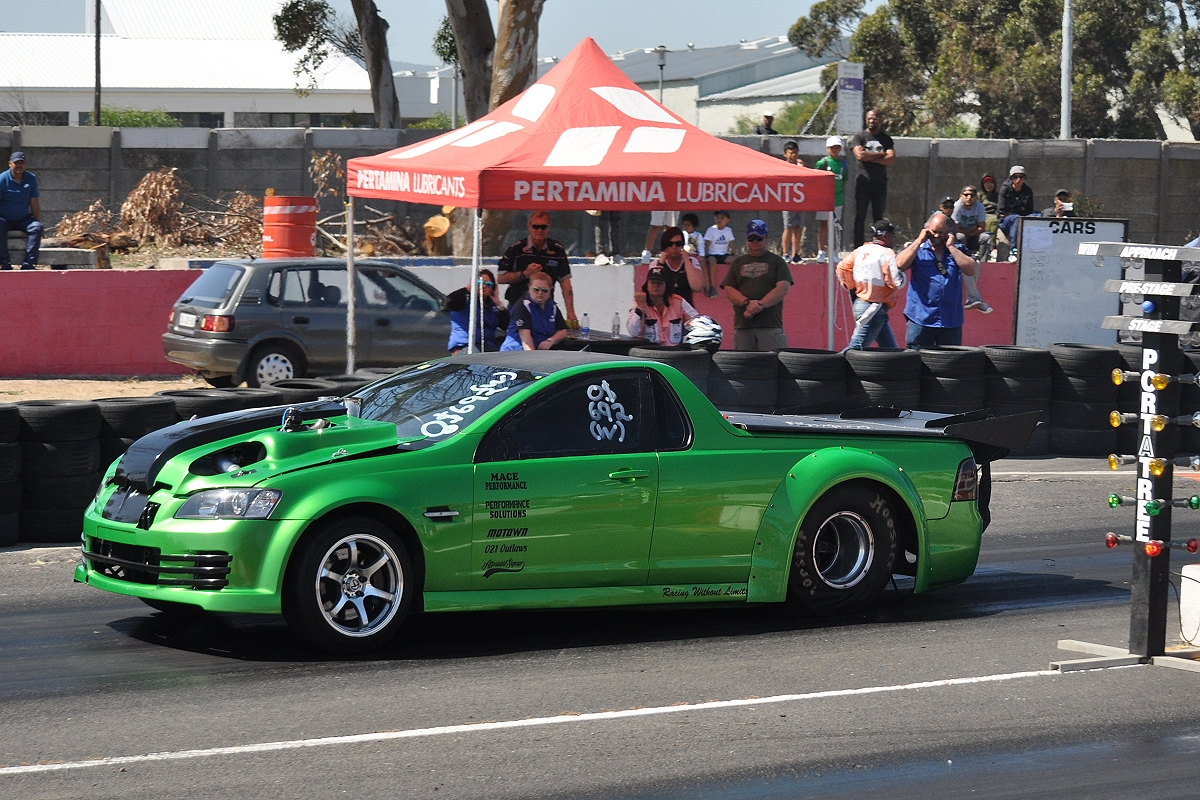 These included a number of broken half-shafts, a broken prop-shaft and, saddest of all, a broken gearbox for Shaheen Barmania’s monster twin-turbo Chev Lumina Ute ‘Suspect’ on its first run of the day. There were groans of disbelief from the crowds on the stands as the Lumina was towed away, ending the much anticipated showdown with Shaun Zurich’s Honda Civic, reputedly the fastest naturally aspirated four-cylinder front wheel-drive car in Africa, before it had even begun.

Zurich went on to post a number of hot runs, including a best effort for the day of 9.818 seconds at 228.91km/h, putting him at the head of Class OA for naturally-aspirated cars, but it wasn’t enough to earn him ‘top dog’ status. That went to Herman Mostert’s Class 6S Toyota Corolla – powered by a 2JZ inline turbo six – with a perfectly judged 9.460 second pass at 205.87km/h.

This after he broke a universal joint on the start-line, went out and bought a spare transmission, fitted it and then came back to set a new personal best. Respect. 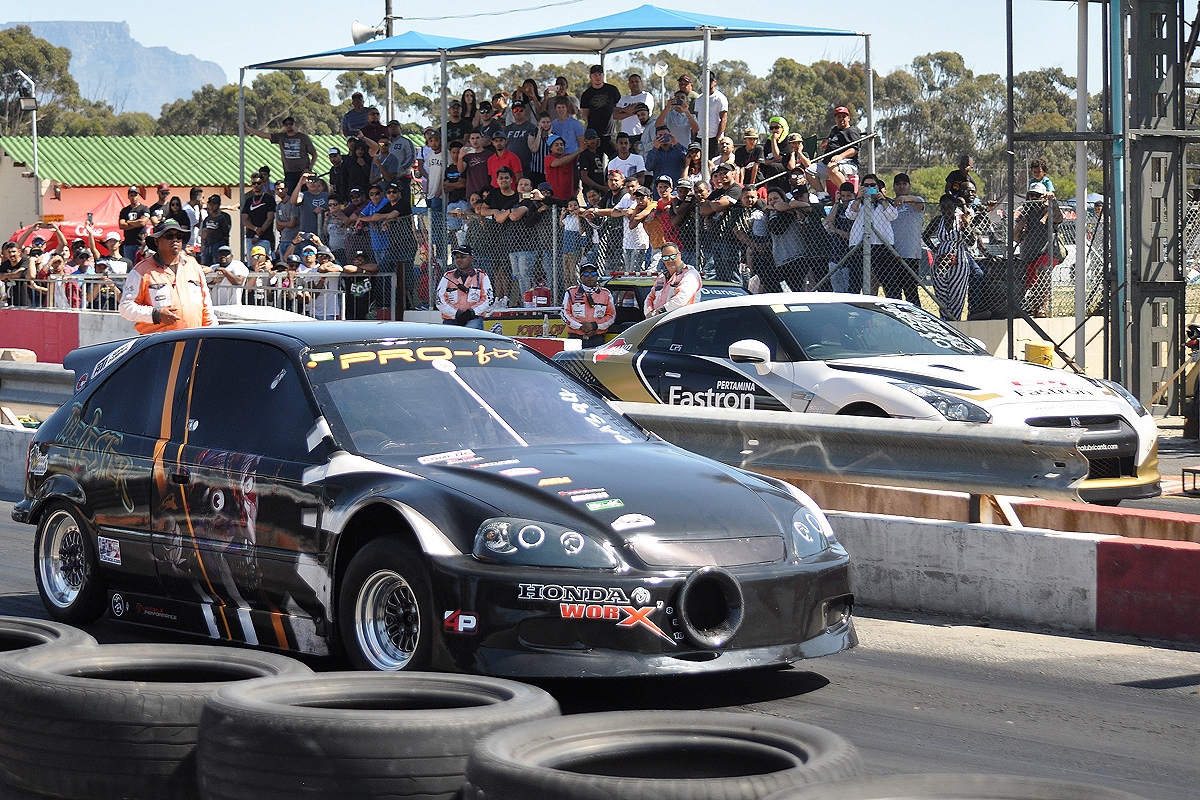 Second in Class OA was another Civic, Bradley van Rooi’s ‘Jester’ which laid down in a best run of 10.260 seconds at 219.21km/h in only its second outing. This car is still under development and Van Roooi says there’s more to come; Zurich may soon be looking over his shoulder. 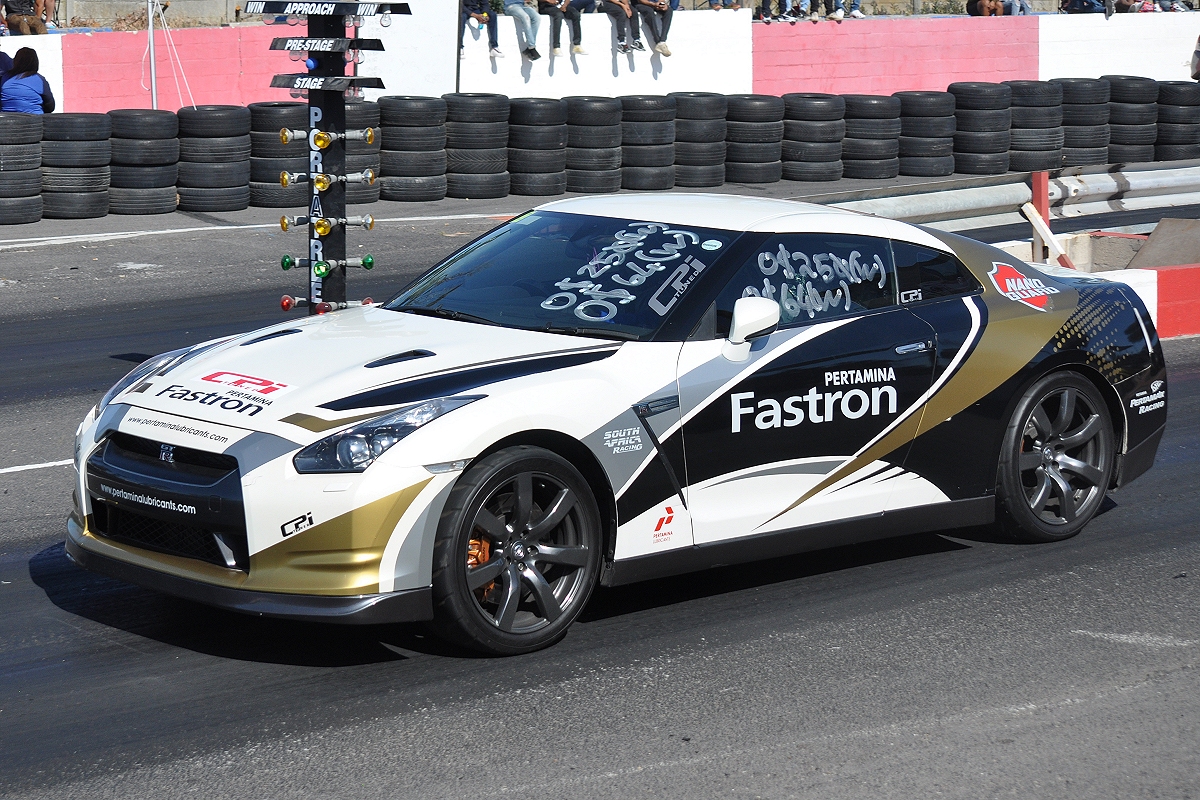 Another crowd favourite was the street-legal Nissan GTR of Waghied Jappie, which was driven to the strip, dominated Class OS with a string of nine-second runs – including a superb 9.663 at 238.88km/h – and driven home again. Second in class went to Rudy Roode’s all wheel drive Golf 2, with a best of 9.848 seconds at 232.40kmh – and third was Yaseen Ebrahim in the same GTR, with a best effort of 9.893 seconds at 237.38km/h.

Reece Robertson’s beautifully prepared Suzuki GSX-R1000 led the two-wheeled charge with a best effort of 8.585 seconds at 253.24km/h. Heinrich Slamet’s BMW S1000 RR pulled a dramatic wheelie on his first run of the day and came down hard enough to crack its sump on the tar. But somebody came up with a spare sump plate, the crew drained the oil and after an hour of sweat and swearing Slamet was back on the line and ready to lay down a 8.888 second pass at 227.63km/h – good enough for second on the day. 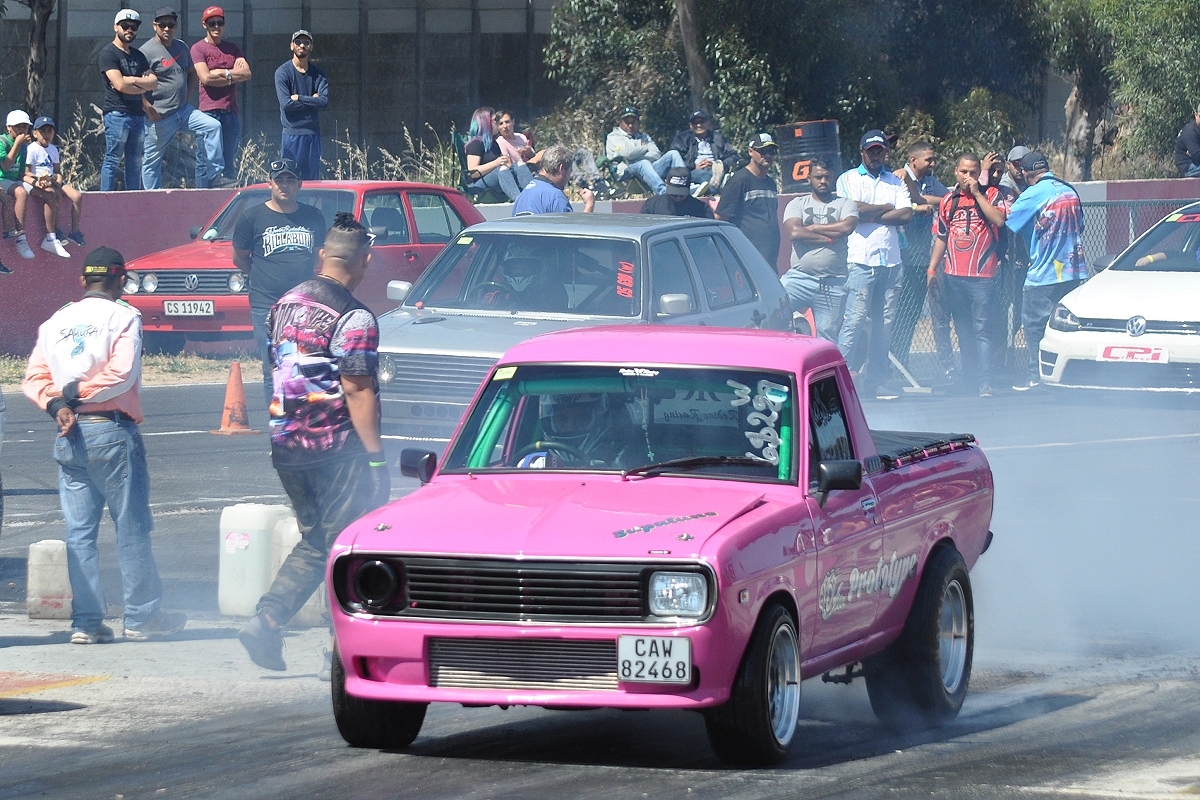 Class 4A turned out to be the Battle of the Bakkies; Class honours went to Moeneeb Parker’s Champ (11.345 seconds at 220.18km/h), ahead of the similar half-tonner of Muneeb Seegers (12.777 seconds at 169.79km/h). Glenn Leonie’s Champ bakkie ‘Prototype’ competes in Class 6S for force-fed six cylinder vehicles; he lost control on his first run of the day and hit the wall, fortunately without injury, other than to his pride and the Nissan.