DRAMA  AND DUELS AT ROUND 3 OF POWER SERIES 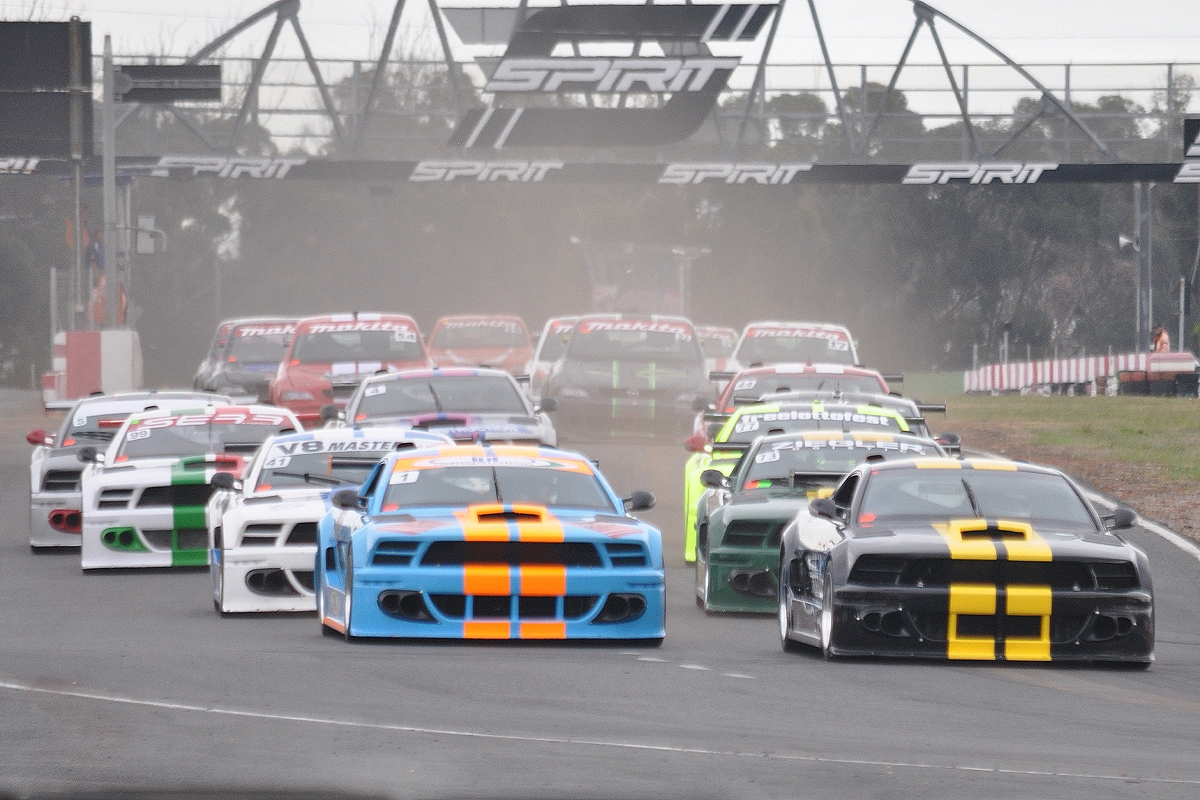 Round 3 of the Power Series sponsored by Wingfield Motors at Killarney International Raceway on Saturday 13 April delivered more than its fair share of drama, starting with a wet track and two red flags during qualifying.

By the time racing got under way, however, the circuit was dry and the locally-based regional series delivered racing of the highest calibre, with no fewer than 42 starters on the line for the headline Mikes Place Clubmans Saloons races. Riaan Swart (Ai Gutters Jetta 2L) led the first five laps but then dropped back to fourth. Clint Rennard (G&A Golf 2L), who’d worked his way back to second after starting fourth, took over at the front and led home a tight finish of Michael le Sueur (New Engineering Golf 1), veteran Jesse Huggett (Weskaap Bakwerke Jetta 2L) and Swart, all of whom  finished within five seconds.

Danie van Niekerk (Wingfield 325 E36) grabbed the lead at the start of Race 2, but was pushed down to third on lap three by Rennard and Huggett. Huggett put in a blistering final lap to take the win by 1.824sec from Le Sueur as Rennard fell back to third.

Swart’s luck went from bad to worse in Race 2, as the Polo broke its gear linkage right at the start; he shoved the lever into fourth, got away last and did the whole race in fourth, making up eight places to finish 14th. Du Toit, meanwhile, romped home to win by 1.321sec from Van der Westhuizen and Colin Nicholas Meder (International Tube 6R).

Marcel Angel dominated Race 1 of the V8 Masters, winning by almost nine seconds from Fabio Tafani, with Sean Moore a distant third, but retired while leading Race 2 after two laps, leaving Tafani to take the win from Moore, with a Brian Evans a further nine seconds back in third.

Ryan McCarthy was the first Makita Supercar home in both races, finishing 1.5sec ahead of Glen Phillips in Race 1. The second race was a classic, as McCarthy came 4.5sec ahead of Martin Bensch and Phillips, who were just 0.001sec apart at the line.

In the absence of Gary Kieswetter, who’d crashed his Advanced Packaging GT3 RS in qualifying, and Steve Humble, who picked up a mechanical gremlin in his Harp Mallock 14B, Johan Engelbrecht, out for the first time in the freshly rebuilt jogajogacafe GT2, walked away with the first Pirelli Sports and GT Cars race, winning by almost 10 seconds from Sandro Biccari (Mazda Juno 2L) and Andre Brink (SSB 997 GT3 Cup).

Humble was back for Race 2, however, and made Engelbrecht work very hard for his second win of the day, finishing just 0.247sec adrift after eight exciting laps, with Colin Plit (Rico Barlow Juno 553) less than two seconds further back in third.