EXPECT THE UNEXPECTED IN GTC EXTREME  FESTIVAL AT KILLARNEY

08 May EXPECT THE UNEXPECTED IN GTC EXTREME  FESTIVAL AT KILLARNEY

The third round of South Africa’s premier national motorsport series, the GTC Extreme Festival sponsored by Wingfield Motors at Killarney International Raceway on Saturday 11 May, promises a double handful of surprises for race fans.

There will be not one but two fan walks during the lunch break – you can mingle with the stars of the Global Touring Cars and GTC2 headline categories on the Porsche straight, along with Kfm 94.5 mascot Rocket, or you can join the young guns of the Polo Cup and the Superbike heroes on the Kfm Straight, where local rocker Jay Jay, fresh from eight successful shows at the Klein Karoo Nasionale Kunstefees, will deliver the backbeat with a selection of hard-rocking numbers.

In addition, the fire-breathing, highly modified matte-black ‘Super Wing’ Nissan GT-R 35 with which Franco Scribante won last weekend’s Jaguar Simola Hillclimb in a new Class B record time of 39.274 seconds will be on display throughout the day in the Scribante pit. 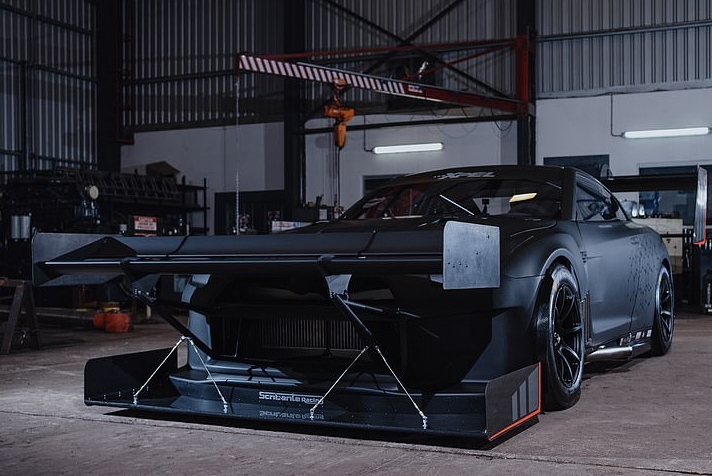 The dramatically winged multi million-rand Scribante Nissan was built especially for the Knysna event and is reputed to have more than 1500 horsepower on tap; it’s not eligible for any racing class at the Extreme Festival, but Scribante has agreed to run a demo lap after the lunch break. This will be your only chance to see this monster car at Killarney this year – a treat not to be missed.

The Global Touring Cars will see Simon Moss and in the All Power A3 pulling out all the stops to consolidate his championship lead after crashing out of Race 2 in their previous outing at Zwartkops. First, however, he’ll have to get past the EPS M2 Turbo of local hero Johan Fourie, who won that race and will be making the best of his home track advantage at Killarney.

Keeping them honest will be Daniel Rowe and Keagan Masters in the works Volkswagen Jettas, Toyotas Gazoo Racing’s Michael van Rooyen, who showed unexpected form in Pretoria, and SA motorsport legend Tschops Sipuka in the second All Power Audi. 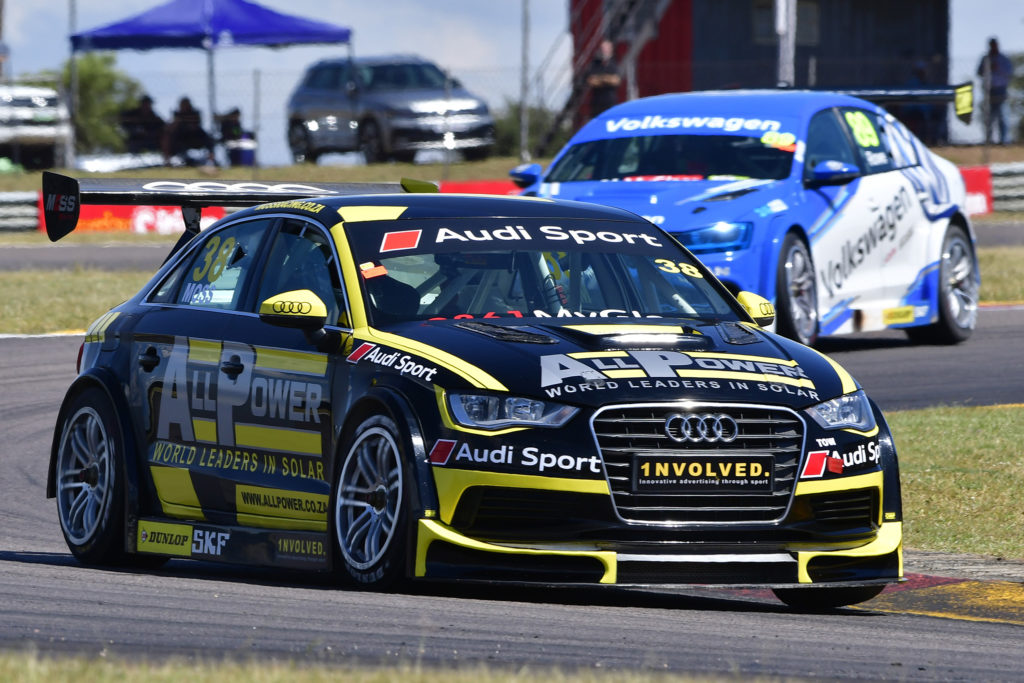 Bradley Liebenberg is rapidly stamping his authority on the GTC2 class with four consecutive wins so far in what is becoming a one-make series; there’s only one entry that’s not a Volkswagen Golf – the Altron/Transitliner Mini Cooper JCW of Mandla Mdakane. Liebenberg’s plans for a continued clean sweep are likely to come under fire, however, from Works Volkswagen team-mate Adrian Wood and Universal Healthcare’s Charl Smalberger.

When all the cars are identical, it’s down to driver skill and nerve; the racing tends to become quite robust. The GTC2 battles at Killarney are going to be worth watching.

The Falken Polo Cup, of course, is a true one-make series, and with 19 entries, it’s going to be a rather crowded one. The man with the target on his back is defending champion Jeffrey Turner, after two wins and two fastest laps from three starts at Zwartkops, and the drivers with that target in their sights will be Bradley Liebenberg (the same – Mrs Liebenberg’s little boy is going to be a busy lad on the day) and Chris Shorter, the only drivers other than Kruger to have won a race so far in 2019.

Don’t write off Clinton Bezuidenhout, however, or the Campos brothers Jason and Keegan, rounding out the top six in the points table and all within striking distance of the leaders in what is, by the drivers’ own admission, a contact sport. 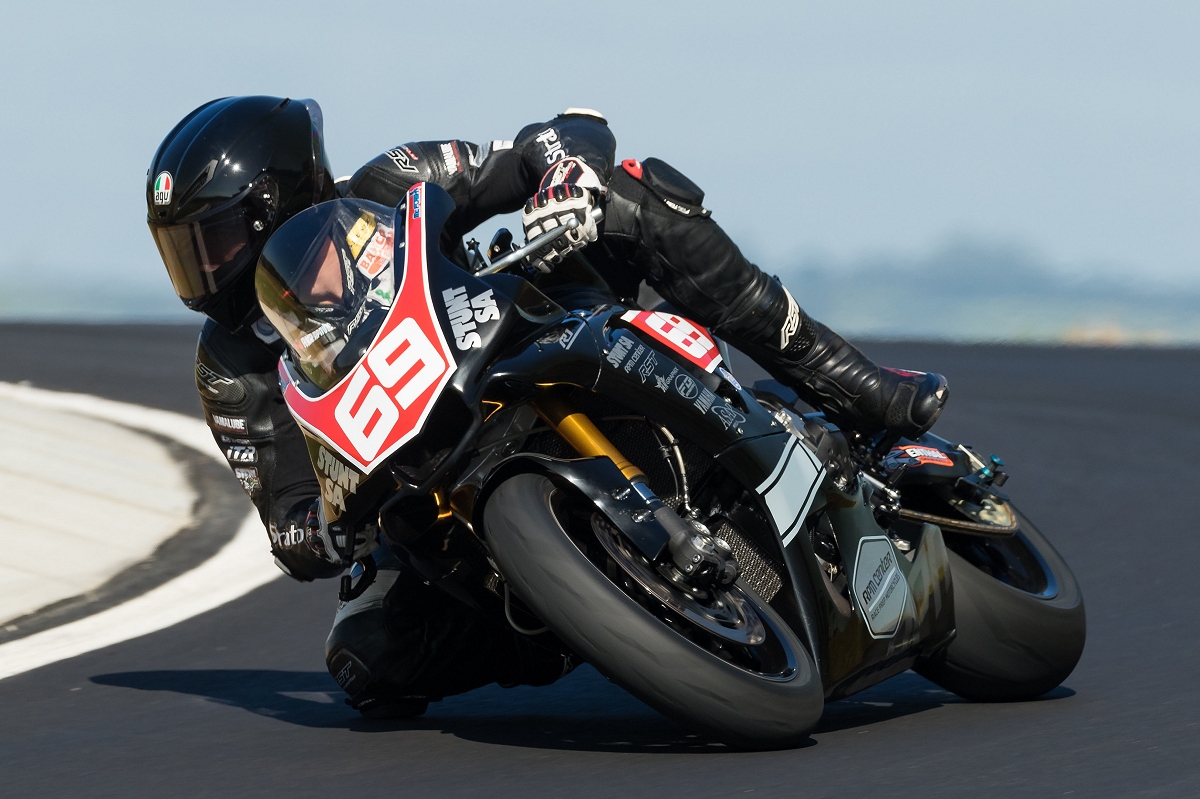 Then there’s the ‘away team’, led by Garrick ‘Wild Child’ Vlok (Yamaha R1) and Nicholas Grobler (Meanwraps R1), each of whom has done well here in the past and will be looking to do so again. And if one North vs South battle isn’t enough, visitor Nick van Zyl (Kawasaki ZX-10R) will take on Killarney local Karl Schultz (ASAP World GSX-R1000) for line honours in the SuperMasters category for riders over 35 years old.

It’s worth noting that every entry in the 1000cc class other than Isaacs, Van Zyl, Schultz and Aran van Niekerk  (making a welcome return to National championship racing on the Seven Stars/Appleberry/Book Your Travel ZX-10R after a long break) will be riding a Yamaha R1. Ironically Isaacs, Van Zyl and Schultz are also the three oldest riders in the field!

There’s no such distinction in the entry list for the Super600 races, where most of the riders are under 20 years old, all but two are on Yamaha R6’s (the exceptions are Brandon Staffen on the AJH Cooling ZX-6R and Donovan Le Cok’s RPM ZX-6R) and all but one are locals, or Killarney-based as is the case with Ricardo Otto, who hails from George in the Southern Cape.

That one, however, is championship leader Blaze Baker, on the King Price R6, who will definitely be feeling the pressure from local hotshots Kewyn Snyman (the current SA SuperJunior titleholder) on the Hillbilly R6 and Jared Schultz (son of Karl) on the ASAP World R6.

Scott Temple has been setting the pace so far in the 2019 Investchem Formula 1600 series with his Road to Race Mygale, but Killarney has in the past been something of a happy hunting ground for veteran Nicholas van Weely (Magnificent Paints Van Diemen).

The two Andrews (Rackstraw and Schofield, each in an Investchem Mygale) will also bear watching, as will their team-mate Siyabonga Mankonkwana, while Gerard Geldenhuys,(Abacus Mygale), Tiago Rebelo (TRMS Mygale) and Liam Pienaar (Phoenix Jewellers Mygale) will be doing their best to upset the established order.

Ironically, the fastest cars on the circuit will the Le Mans Prototypes of the regional Pirelli Sports and GT Cars. One of them, Craig Jarvis’ Maui G57, holds the ultimate lap record for Killarney at an incredible 1m06.745; chasing him will be Jaguar Simola Hillclimb champion Franco Scribante in a Chevron B26, Francis Carruthers in the thundering Harp Aquila CR1, Johan Engelbrecht (Porsche GT2R), Greg Parton (Drizit Lamborghini Huracan) and Phillip Booysen’s Honda-powered Lotus Exige. Expect fireworks. 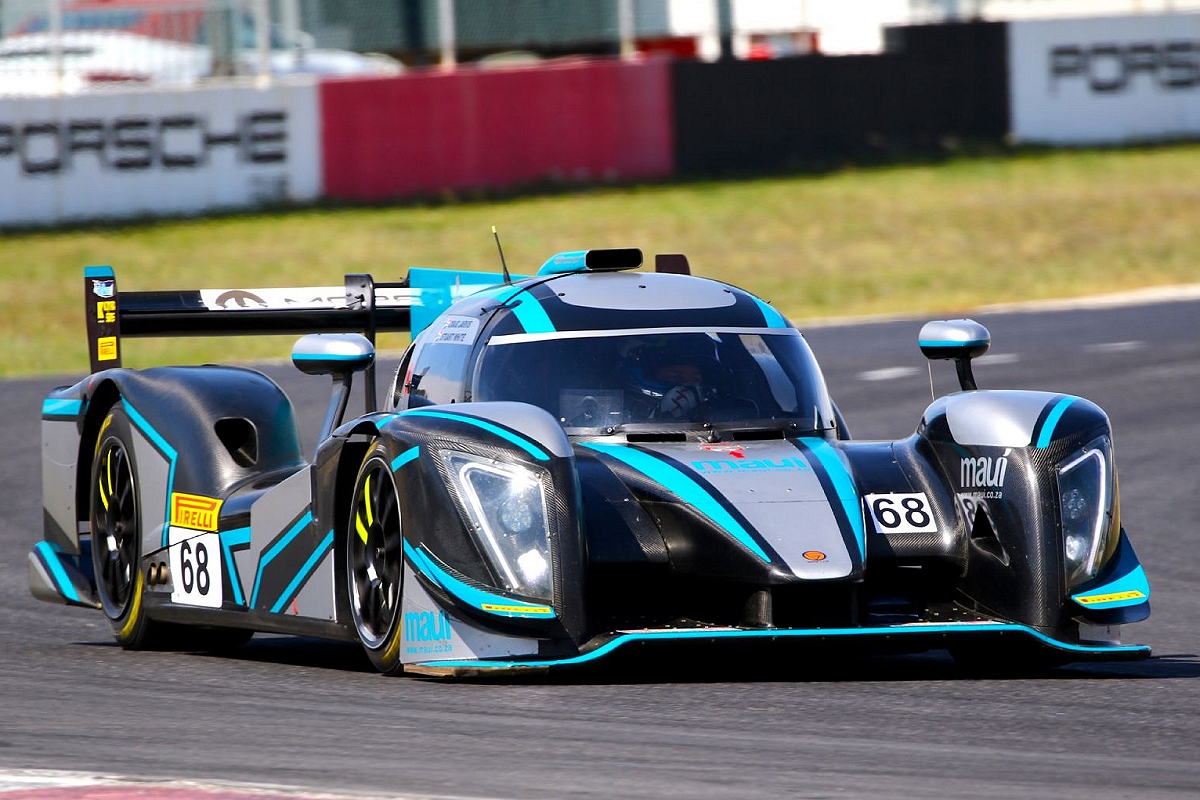