The Cape Hell Drivers club host Stockcar Racing at Killarney almost once a month in their summer season.

The CHD club was formed in the late 60’s to take over American Saloon Car racing and was launched at the Cape Show Grounds in 1964.

They now race on the Turn 2 and the extended oval area of the track, racing always providing action packed evenings at the track. Various classes include the V8’s, Midgets and various capacity classes have recently been joined by the new Mini class for youngsters finding their way into the sport of motoracing.

For more info on the CHD club and stockcar racing at Killarney visit www.capehelldrivers.co.za 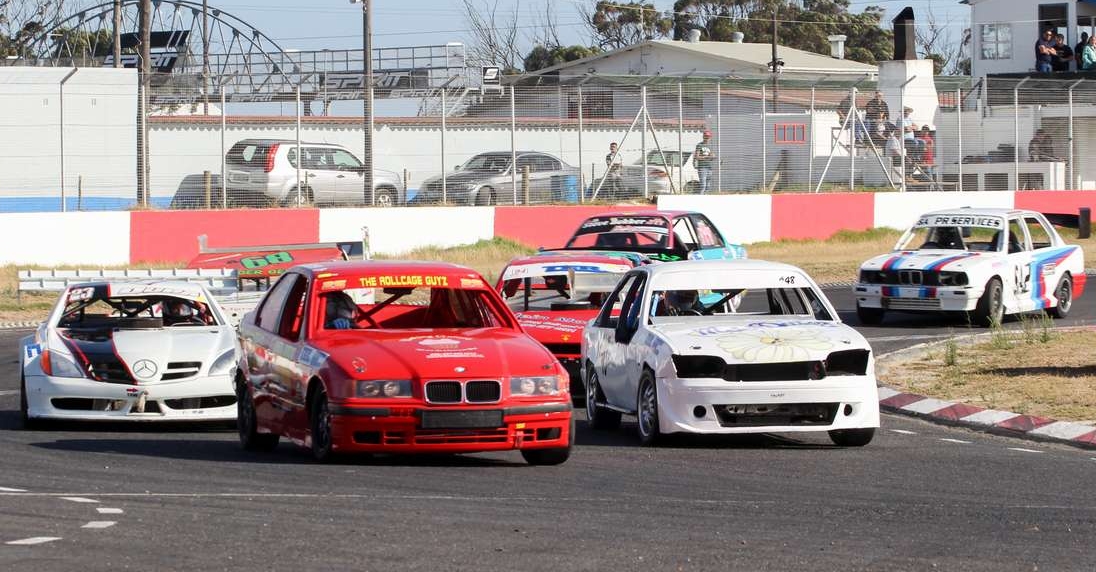